Meat-centric dishes such as ossobuco, veal cutlet and bone-marrow topped risotto alla Milanese characterize the traditional la cucina Milanese, but there are also plenty of places in Milan where non-carnivores can satiate their hunger pangs. Here are some vegetarian restaurants in Milan that will not only appeal to meat-abstainers, but to meat-eating vegetable enthusiasts as well. 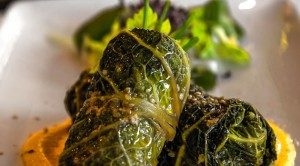 Chef Antonio Tomaselli’s vegetarian menu is growing increasingly more vegan, showcasing flavorful preparations of organic ingredients that will satisfy the cravings of even the most skeptical carnivores. The chef’s zero mile philosophy is evident in his ever changing seasonal menu that may highlight spring peas or winter pumpkin, as well as plates with the seiten and tofu year round. 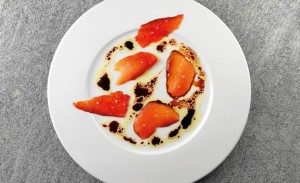 Known for “alta cucina naturale,” Joia is the only Michelin starred vegetarian restaurant in Europe.  Chef Pietro Leemann’s mantra is as follows: We are the mirror of the food we eat. He prepares a whimsical menu solely from organic, biodynamic ingredients, coupled with a touch of Buddhist wisdom. Expect to see various shapes, colors and textures on your plate, perhaps in the form of the “Egg Apparently,” a vegetable combination served in shape of an egg. 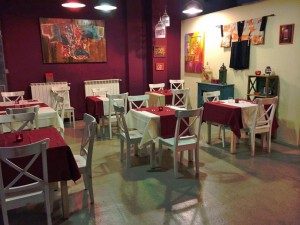 This vegan restaurant boasts a colorful ambiance that simultaneously encompasses both relaxation and good energy.  There are no sugar, additives or preservatives to be found in the kitchen, and the menu includes quinoa paella with vegetables as well as tofu and tempeh kebabs while specialty tarts and Persian pudding with almonds are among the sugar-free desserts. 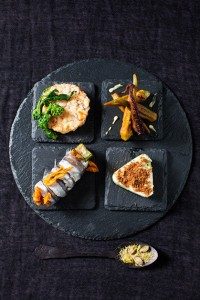 This urban garden in the trendy Isola neighborhood offers an inviting, rustic ambiance comprised of wood and plenty of botany to evoke the feeling of dining on the patio of an intimate country home. The light, refreshing menu incudes enticing vegetarian plates such as the Carciofiore (or artichoke flower) or Falsi gnocchi made from zucchini. 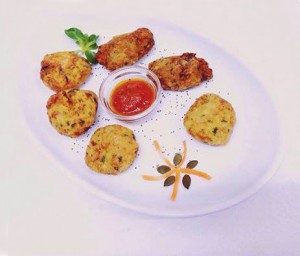 You will feel right at home in this cozy vegetarian trattoria inside a former dairy. The dishes, made from bio ingredients only, are all prepared on the spot.  Eastern ingredients feature prominently as does seitan, a Chinese soy cheese and gluten extracted from wheat flour that is used mostly in the East. The menu includes soba spaghetti with seitan ragu. Porta Ticinese 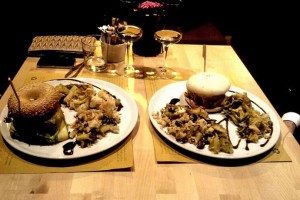 Milan’s first ever vegan hamburgeria offers seven burger options, which include tofu; seitan; leek and orange peel; chickpeas and rosemary; barley and red lentils; and pumpkin, amoretti and onions, accompanied with a choice of fried or baked potatoes. Customize your toppings to build your own burger. In addition, a rich organic menu includes preparations made from cabbage, celery, turnips and many other dishes from the garden, all biodynamic and organic. 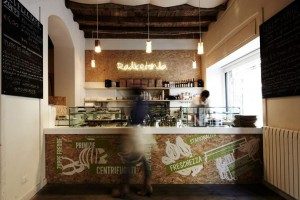 This lovely grab-and-go or sit down spot showcases 240 hot, cold and creamy soups made from seasonal produce that change weekly. During the summer, take advantage of the outdoor seating and the seasonal house-made gelatos and sorbets. The daily vegan menu includes the signature veggie burger, rolled oats with seitan; panzerotti, sandwiches and salads. 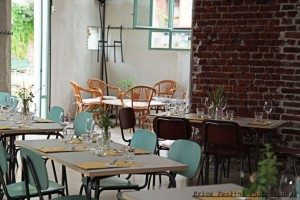 While this restaurant itself isn’t completely meat-free, it certainly is vegetarian friendly. Chef Nicola Cavallaro’s unassuming yet flavorful farm-to-table fare is comprised of many ingredients grown in the cascina’s onsite garden. The menu changes regularly–sometimes as frequently as daily—and has included lasagnetta with kale pesto and pumpkin cream and a parimgiana of artichokes, pumpkin, radicchio with fiordilatte cheese and tomato. 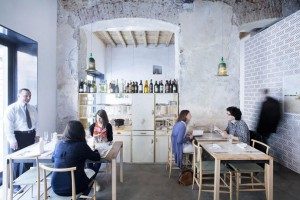 Another spot that’s not completely vegetarian but boasts a menu that was created with vegetarians in mind. Among the dining options, you may choose a five or eight course vegetarian tasting and, and you’re likely to find at least six vegan dishes on the menu at all times. Chef Marco Ambrosino’s menu has included tagliolini, leek fondant, powdered capers, lemon confit and a selection of seasonal spring vegetables with brown stock plant, and pollen vinaigrette.