Just barely east of Garibaldi Train Station, Milan’s zone 9 boasts a new square, just inaugurated in 2012. However, this “piazza” is circular, and on a mound elevated 6 meters above street level. Protruding out of this mound, encircling all around the circumference of the piazza, are three skyscrapers that now dominate Milan’s skyline. The piazza is named after a historic Italian architect/designer, but not the same architect who designed the piazza and its skyscrapers. Gae Aulenti was an extraordinary woman (1927-2012) from Udine, who moved to Milan to study at the Politecnico and remained here to work, teach, and eventually receive many awards and recognition from Italy and beyond for her achievements. She had an illustrious 51–year career, and is perhaps best known for designing the Musée d’Orsay in Paris. 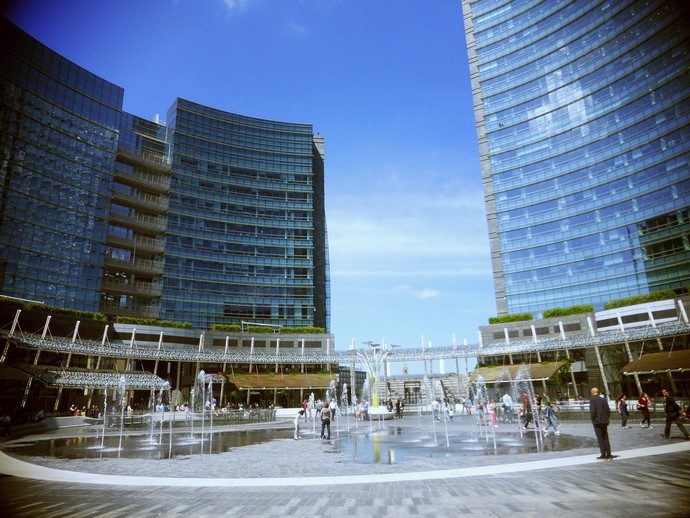 The man who designed the piazza which bears Aulenti’s name is Argentine-American architect Cesar Pelli. Over 80 years old, this man has also enjoyed a long and distinguished career, designing some of the world’s tallest skyscrapers, including the Petronas towers in Malaysia. As the Unicredit Porta Nuova Garibaldi project reached completion in 2013, Pelli expressed in a la Repubblica interview that, for him, “up” is the only sustainable direction for a city to grow. The Unicredit building, 31 stories high, is now in fact Italy’s tallest structure, but each of the buildings of the project are certified LEED gold. 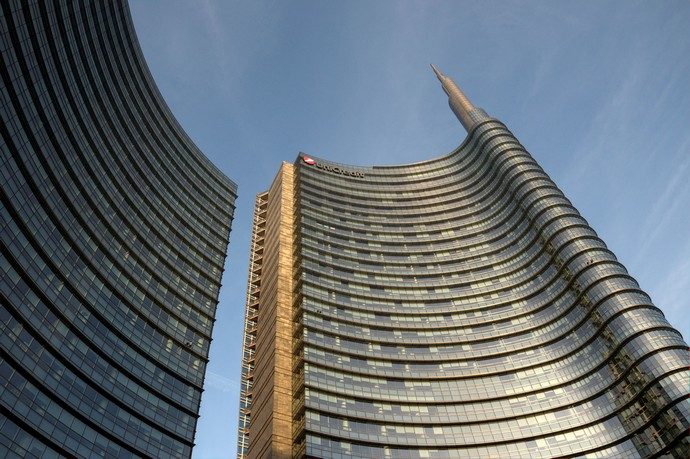 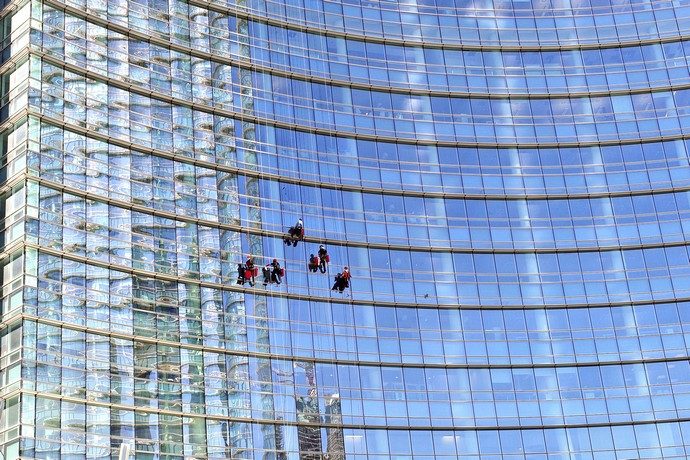 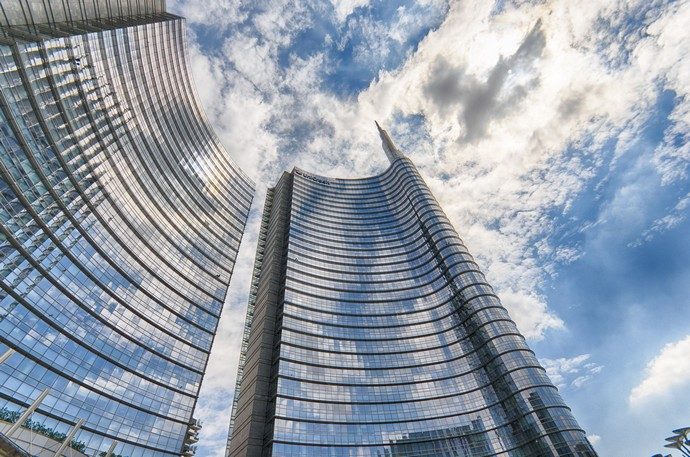 “I always thought that the public space was more important than the private,” Pelli confessed. He points out that instead of designing only one tower that would have been even more dominating, he separated the private spaces into three buildings, setting the piazza in the very center. “What we wanted to create is not a point, but an urban plan that connects with the existing city.” The piazza clearly plays an integral part in that plan, as a main stage that the public can engage. Graced with benches, shade cover, statues, peekaboo openings between floor levels, and large dynamic fountains with occasional LED light shows. Shops, restaurants, and cafés surround the piazza. Hovering below is a supermarket, and beneath this, a parking garage, with access to the Garibaldi metro/train station. If all these features weren’t enough, there are rotating bonus exhibitions, for example: an ice skating rink during the winter; “Panorama 360o“ during the summer of 2015; giant chess; and the longest foozball table you’ve ever seen (11-on-11). Who knows what will appear next in this piazza?

Pelli’s final comments of the interview expressed that “Italy wants open spaces.” Some of her beautiful piazzas are passed through unnoticed. “Yet, the rate at which Milan owned Piazza Gae Aulenti demonstrates the craving to experience open spaces.” 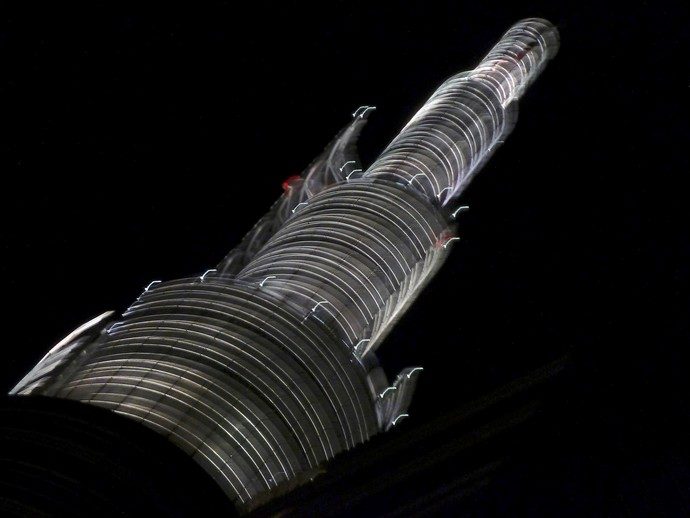