As part of EXPO IN CITTÀ, the City of Milan | Cultura, Polo Musei Storici e Musei Archeologici, the Fratelli Alinari Fondazione per la Storia della Fotografia and the Brassaï Estate, with the patronage of the French Embassy in Italy and in collaboration with the City of Paris, and the Institut français Milan present at Palazzo Morando | Costume Moda Immagine, previewing in Italy, the exhibition curated by Agnés de Gouvion Saint Cyr: Brassaï. Pour l’amour de Paris, on view from 20 March to 28 June 2015

‘Brassaï. Pour l’amour de Paris’ is dedicated to the intense work of one of the 20th-century’s greatest photographers. It narrates the exceptional story of a passion for over fifty years that united Brassaï to the most hidden recesses of Paris as well as to all those intellectuals, artists, well-to-do families, whores and misfits who contributed to the city’s legendary fame. It will be an opportunity to discover the passionate work of this extraordinary artist who arrived in Paris during his childhood. For the rest of his life, Brassaï would hold this city as the source of his reflections and as the fil rouge to his oeuvre.

This exhibition, offering a selection of around 260 original photos, was conceived for the City of Paris by Philippe Ribeyrolles, Brassaï’s nephew and manager of the Brassaï Estate, and held at the Hotel de Ville from 8 November 2013 to 29 March 2014. The event in Milan will also include seminars at Palazzo Morando and a cinema retrospective, provided by the Institut français Milan in its own cinema theatre on Corso Magenta, 63. 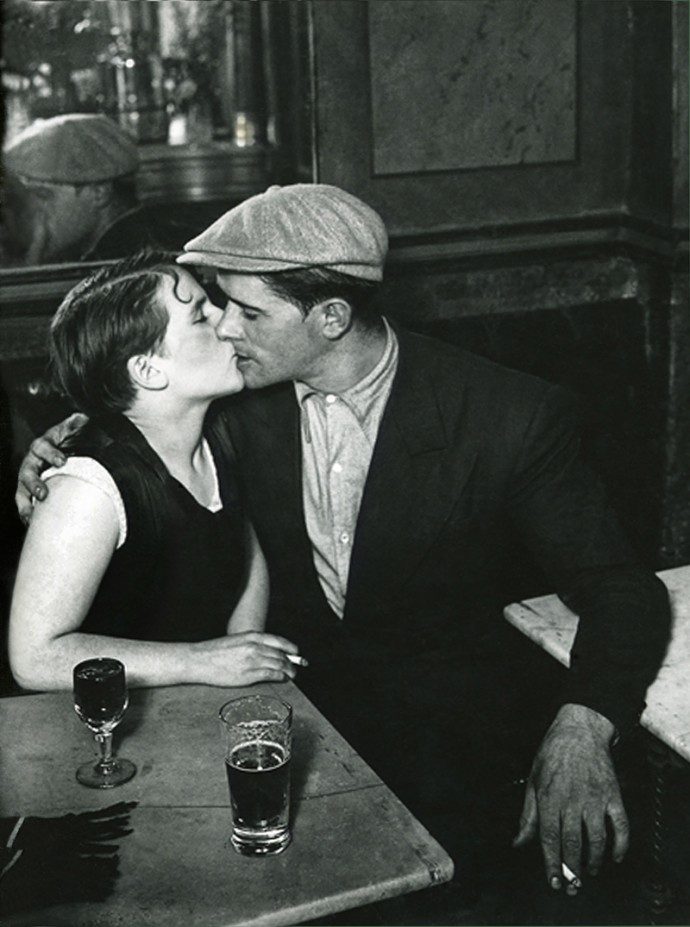 Born in 1899 at Brasso (modern-day Brasov) in Transylvania, Gyula Halász (he took the name Brassaï when he began photographing in 1929) was only four years old when he arrived in Paris with his father, who was a professor of literature and had been invited to spend a sabbatical year in the French capital. This period fascinated the young boy.

THE Années Folles AND LONG WALKS AT NIGHT

Brassaï never forgot Paris, the “Ville des lumières”, and in 1924, after studying art in Berlin, he moves there. He soon encounters Robert Desnos and Jacques Prévert who introduce him to the artists and intellectuals of the Années Folles of Montparnasse and to surrealism. During those years Brassaï investigates simple objects while transforming their meaning. He dares bold juxtapositions and defamiliarizes the way things are perceived by removing reality from the context. His focus on turning the real into the non-real would give birth, starting from 1929, to his obsessive study of graffiti.
At the same time, Brassaï begins to explore, at night, an uncommon, unknown Paris. During his long walks alone or in the company of Henry Miller, Blaise Cendrars and Jacques Prévert, who all nurture his curiosity, he portrays modest prostitutes in the “red-light” districts or night workers at Les Halles, and transforms the classic rigour of Parisian architecture into peculiar scenes while immortalizing the uncanny beauty of fleeting silhouettes, blinding lights or the fog on the Seine.

This unapologetic flaneur describes the city from his own perspective and with the light, as in the spectacular view of Paris from on top the tower of Notre Dame, or the infinitely repeated reflection of arches over the Seine, or the floor motif of the Jardin des Tuileries, or the chestnut flowers blooming at night like a bride’s bouquet, or the apparitions of “ladies of the night” in dark passageways. 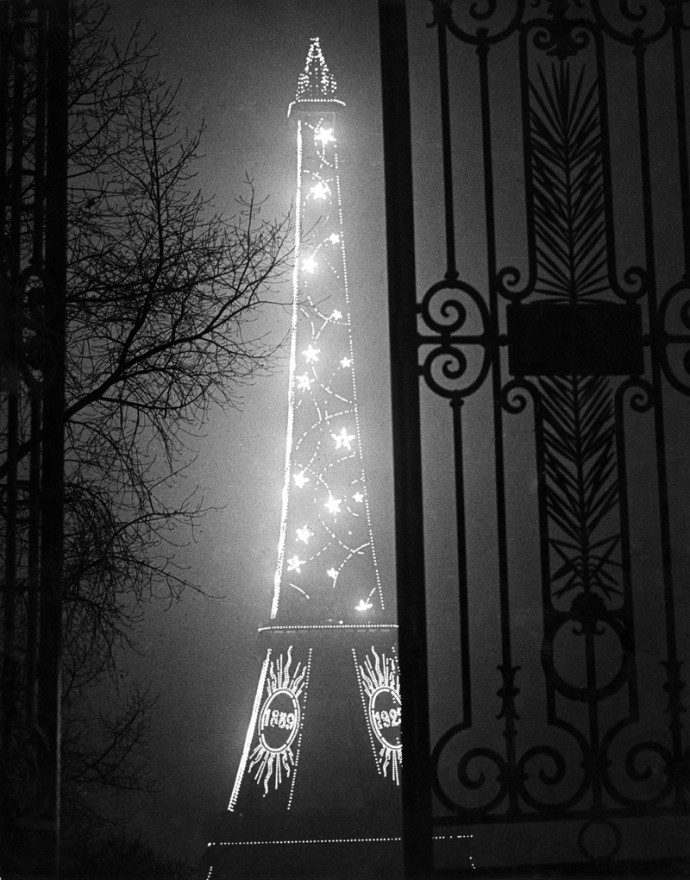 An untiring explorer of Paris by night, Brassaï surely feels the allure of Paris by day, too. He proposes a highly personal vision of the Jardin du Luxembourg, an abandoned chair, a threatening lion under the snow, artisans – an ice-cream maker, a balloon seller, a travelling photographer, a gardener gathering leaves or even nude statues.
He feels this same natural empathy for the banks of the Seine which he walks along in the hopes of encountering lovers, fishermen, the homeless and even dogs. He goes from one arrondissement to another – the Latin Quarter, Bercy, Auteuil – as he analyses the details of each. While documenting the real life of these spaces, he is able to capture “the spirit of each quarter of Paris: the elegant crowd of Rue de Rivoli, passers-by in front of the Grands Boulevards shops, coal sellers along the Seine at Bercy, but also the imposing monuments, the Eiffel Tower, the Arc de Triomphe, and especially Notre Dame and its gargoyles, by day and by night. So, seen from any angle, Paris can be found, forever Paris”.