The most important exhibition ever devoted to Leonardo, to be held during EXPO 2015.

The extraordinary exhibition due to be inaugurated on 15 April 2015, the anniversary of the birth of Leonardo – born in Vinci on 15 April 1452 – is the biggest and most important Leonardo show ever to be held in Italy. It will open its doors to the public at Palazzo Reale on 16 April, in the run-up to the opening of EXPO 2015.

Developed entirely in Milan, the exhibition is promoted by the Ministry of Cultural Heritage and Activities and Tourism, which has specially granted State Guarantee insurance, and by the Milan City Council – Department of Culture. The show was conceived and produced by Palazzo Reale and Skira, as part of their fifteen-year-long partnership, with the support of Bank of America Merrill Lynch, the main sponsor of the initiative. 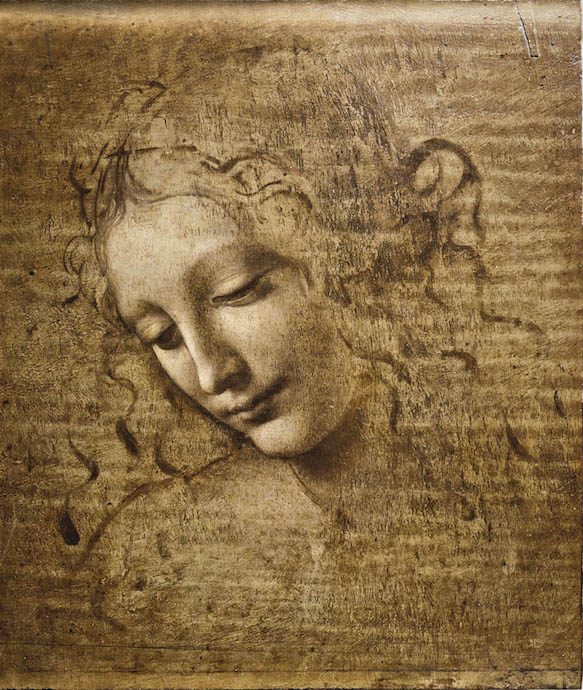 It brings together over two hundred artworks from around one hundred museums and institutions throughout the world which, given the exceptional nature of the exhibition, have loaned some of their greatest treasures for the occasion, such as the three paintings by Leonardo from the Louvre and thirty autograph drawings from the collection of Her Majesty Queen Elizabeth II. The Pinacoteca Ambrosiana – considered Leonardo’s “home” in Milan – which is lending the famous Portrait of a Musician and thirty-eight drawings from the Codex Atlanticus, is also a key contributor to the exhibition.

The anthology paints a picture of Leonardo that is neither mythographical, rhetorical nor celebratory. Instead it embraces all the work of this multifaceted figure, considered both as an artist and scientist, through a number of key themes identified by the curators: drawing, a fundamental part of Leonardo’s work; the ongoing dialogue of the arts: drawing, painting and sculpture; the dialogue with antiquity; the absolute innovation of the motions of the mind; his tendency towards utopian designs and dreams, such as the ability to fly or walk on water, which will feature in a specific section of the exhibition; mechanical automation and so on. These themes made him a standard bearer for the unity of knowledge, through the continuous interweaving of science and the arts in his work. 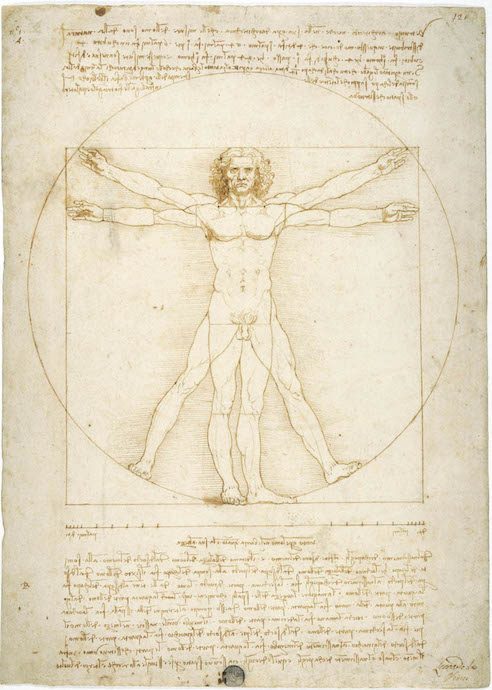 The twelve sections of this extraordinary exhibition illustrate the central themes of Leonardo’s long artistic and scientific career, embracing not only the period of his training in Florence, but also his two stays in Milan, and even his move to France, thus emphasizing certain constants in his artistic and scientific vision. The exhibition narrative also conveys his vocation for interdisciplinarity and his constantly intertwining interests by adopting an analogical approach to the study of the phenomena and their graphic portrayal, summed up and culminating in his later paintings.

The various sections of the show feature Leonardo’s autograph paintings, drawings and manuscripts, introduced by works of the painters, sculptors, technicians and theorists who preceded him. These provide additional context to the master’s contribution to the history of art, science and technique, while painting a picture of Leonardo as an artist and scientist of his time, eschewing the mythological and the banal. However, the two final sections also illustrate Leonardo’s influence as a painter and theorist on modern art and the formation of the legend that surrounds him, centred on the Mona Lisa.

The exhibition features seven great pictorial masterpieces by Leonardo: the St Jerome from the Pinacoteca Vaticana, the Dreyfus Madonna from the National Gallery of Art in Washington, the Head of a Woman from the Galleria Nazionale di Parma, the Portrait of a Musician from the Ambrosiana and three iconic works from the Louvre: the Belle Ferronière, the small Annunciation and St John the Baptist. 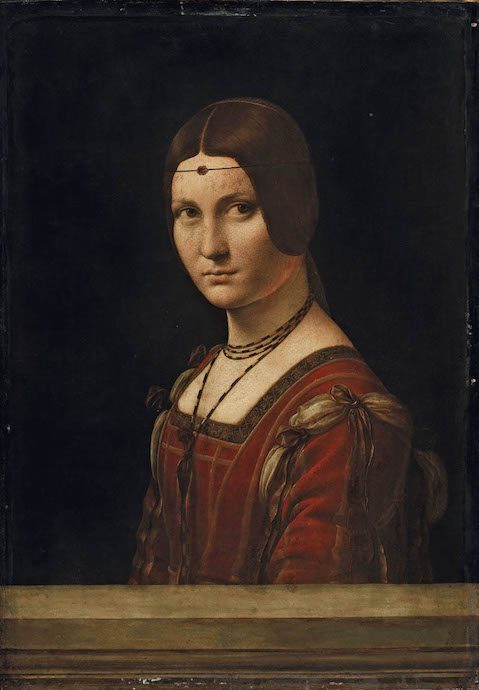 Some of Leonardo’s original codices will also be on display, together with at least one hundred autograph drawings: the Codex Trivulzianus 2162 – his autograph notebook – held by the Biblioteca Trivulziana of Castello Sforzesco, which can be “virtually” looked through on a touchscreen station; thirty-eight drawings from the Codex Atlanticus, on loan from the Biblioteca Ambrosiana, which has supplied the largest number of works for the exhibition; thirty drawings from The Royal Collection / HM Queen Elizabeth II, six of which can be viewed on the recto and verso; five from the British Museum; four from the Gabinetto dei Disegni e delle Stampe at the Uffizi; five from the Metropolitan Museum in New York, and five from the Biblioteca Reale in Turin. There are also a number of other drawings from the Morgan Library in New York and the Fondation Custodia in Paris. Some of these museums are lending other important works by painters active at the same time as Leonardo.

What is more, the exhibition will include a considerable number of artworks – paintings, drawings, manuscripts, sculptures, codices, incunabula and sixteenth-century books – from the world’s most important museums and libraries and from private collections, including works by Antonello da Messina, Botticelli, Filippino Lippi, Paolo Uccello, Ghirlandaio, Verrocchio, Lorenzo di Credi, Francesco di Giorgio Martini, Bonaccorso Ghiberti, Bramante and other anonymous treatise writers from the fifteenth and sixteenth centuries. 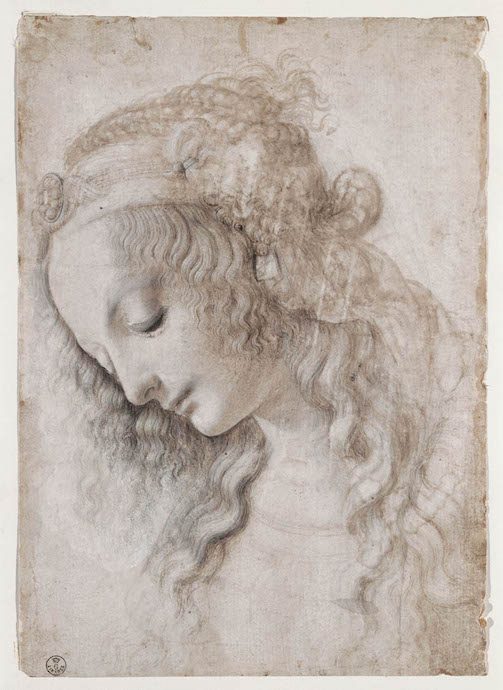 The Museo Nazionale della Scienza e della Tecnologia, which is named after the great master, is also lending two historic models of machines – the self-propelled cart and the gold-beating machine – constructed on the basis of Leonardo’s drawings.

Milan is paying homage to Leonardo with numerous initiatives, including a series of events held off site (as well as at Palazzo Reale), which will involve places associated with Leonardo in the city itself and throughout Lombardy: the Sala delle Asse in the Castello Sforzesco will be reopened to the public after restoration that has brought to light extraordinary traces left by the hand of Leonardo, who worked in its rooms for many years in  the service of Ludovico il Moro. A multimedia installation will recount to visitors the history of the room and Leonardo’s part in its monumental decoration. In the Sala della Balla, also in Castello Sforzesco, there will be two touchscreen stations for looking through, enlarging and exploring the pages of the Codex Trivulzianus, the autograph notebook of the Florentine genius. Events will also be held at the Pinacoteca Ambrosiana (‘The World of Leonardo’) and the Acquario Civico (‘Leonardo and Water’). Lastly, the Cineteca Italiana will be promoting a programme of nine films on Leonardo, which will be screened at the MIC – Museo Interattivo del Cinema during May. 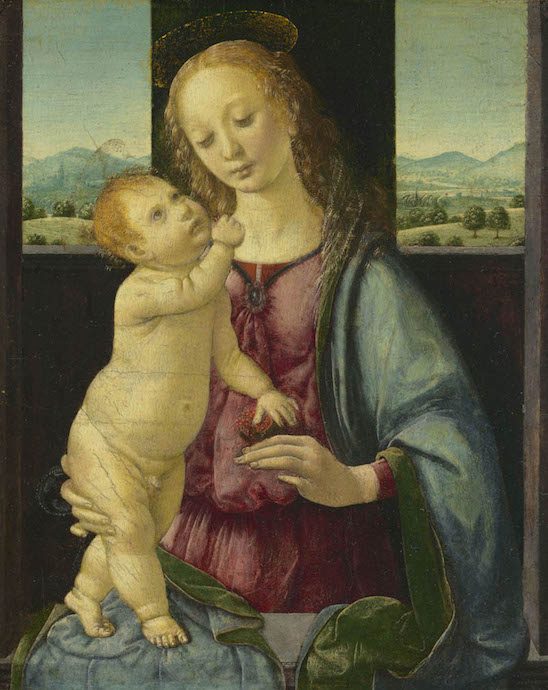 Tickets for the exhibition can also be purchased on-line (booking fee € 1,50 per person) by clicking on the button below: