In 222 BC, Rome took the Mediolanum from the Celtic Insubres in a brutal conquest. It then set out to develop the Mediolanum into the capital of the Western Empire, the de facto western half of the then sprawling empire that stretched from western Europe all the way to Asia Minor.

Its location as a hub in ancient Italy’s network of roads made it a strategic area for administrative, military, and economic reasons. As a result, many forms of ancient coin currency were minted there, foreigners who wanted a piece of Rome have often tried to take the city, and many emperors have left their enduring Roman concrete marks on modern Milan.

In the time of Augustus, the city was famous for its amphitheatre, the remains of which are now kept in an archaeological park. By the time of Caesar, large stone walls encircled the entire city to protect against barbarians. These walls were then expanded by the emperor Maximian. He was known for having a sharp military mind and enlarging the Mediolanum to build more structures – many of which still stand today. Perhaps the most impressive of these remaining structures is the Maximian tower, which Medieval Milanetc reports can be found in the courtyard of Milan’s Archaeological Museum. There are also remaining traces of the ancient “Baths of Hercules” or thermae, which were also built during Maximian’s time.

A lot of the remaining Roman-era structures left in the Mediolanum are churches that have been rebuilt and renovated over centuries while still retaining traces of ancient Roman architecture. For instance, the Columns of San Lorenzo are a group of 16-foot Corinthian columns that still stand tall today. You can find them in front of San Lorenzo Church, which itself was originally built during the Roman era. 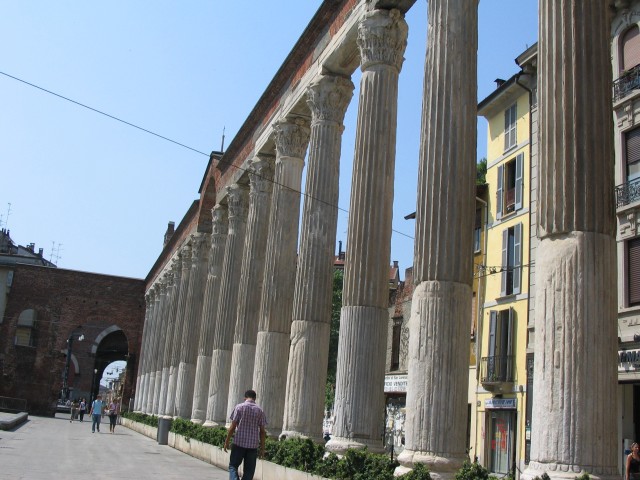 There’s also the Basilica of St. Ambrose, which dates back to 386 AD, right around the time the Romans embraced Christianity. While the basilica itself was rebuilt in the Romanesque style later in the 12th century, the Chapel of Saint Vittore, or the golden sky chapel inside the basilica, features a 5th century religious Roman mosaic. No picture can do justice to the artistry inside this ancient, must-see Roman Catholic chapel. 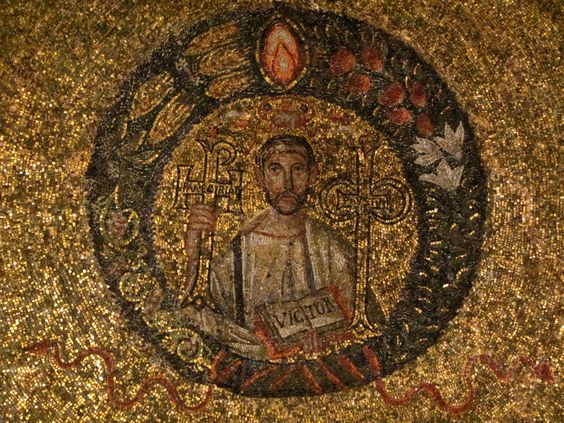 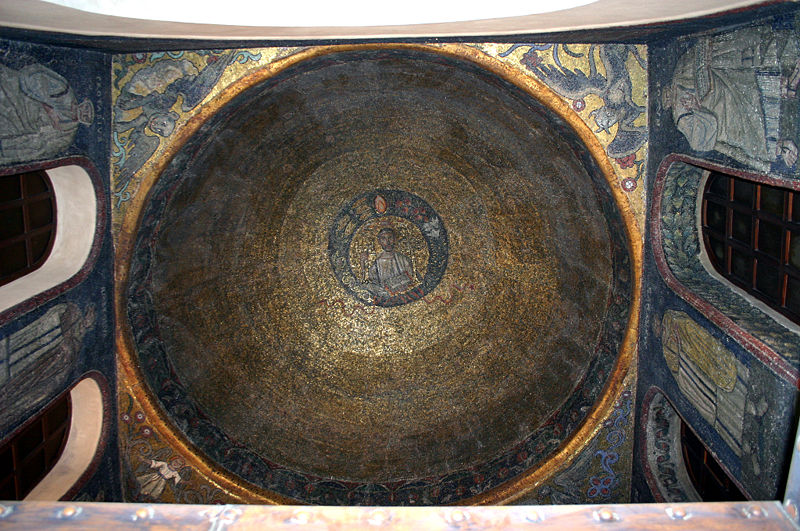 Moreover, the indelible marks of ancient Rome aren’t limited to grand structures and colourful works of art. On the external facade of the Porta Nuova, a 12th century medieval gate in Milan, you can find two ancient Roman “steles” – stone relief sculptures that the Romans used as boundary markers. The fact that they’re placed on Porta Nuova which literally means “New Gate” is a nice nod to their original purpose. 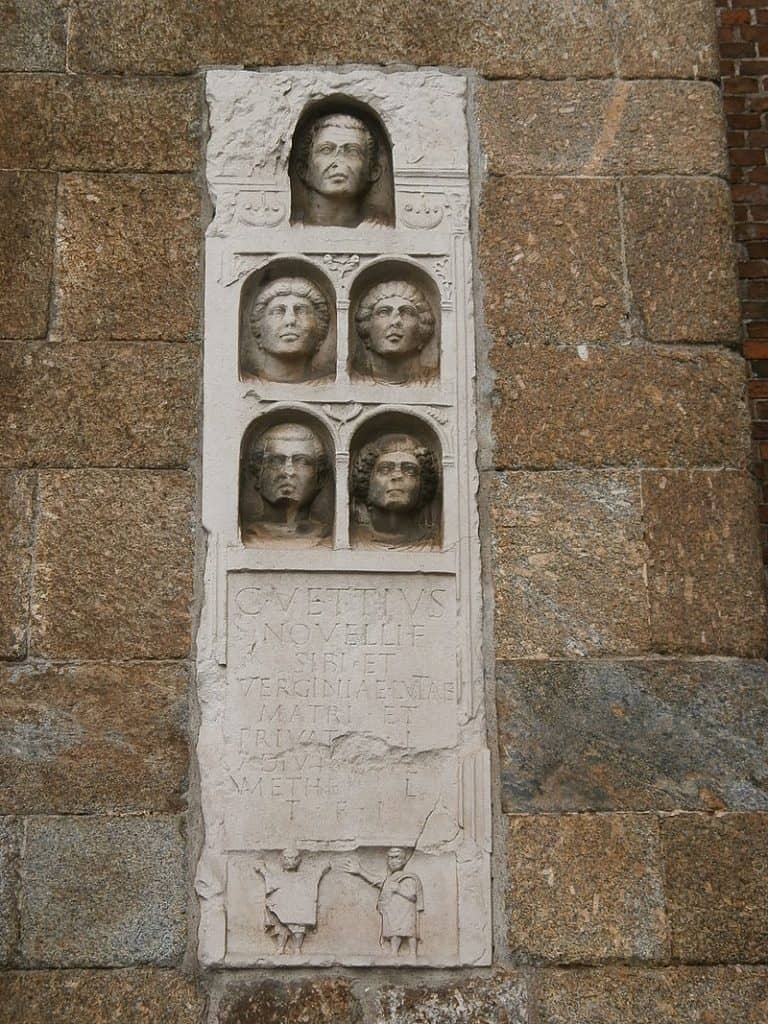 While not much is left of the Mediolanum’s glory, its image is still widely appreciated. Thanks to the depictions of Ancient Rome in many iconic movies and series like Joseph L. Mankiewicz’s Cleopatra, Monty Python’s satirical comedy Life of Brian, and HBO’s critically acclaimed Rome, today’s audiences are no stranger to the history of Ancient Rome and its vast empire. In fact, since their inception, period films and series have been instrumental in driving tourist traffic to actual historical sites being portrayed in fiction. For instance, after the movie 300 shot to fame, fans flocked to Thermopylae to see the site in which the real battle took place. Likewise the Mediolanum has seen its fair share of Rome fans who want to see and touch actual Roman ruins. Sometimes, this interest in being connected to history translates in more interactive ways. The celebration of ancient cultures on online platforms has also inspired travel, whether it be Roman or other great civilisations like the Persian army. The 300 Shields slot game on Foxy Casino not only allows players to interact with the famous warriors on an online format, it also provides detailed historical context. This interactive interpretation of history lays the foundation to inspire players to find out more, and for some, to seek out the original sites.

While the Mediolanum is no longer the capital of an empire, Milan itself remains to be a centre of European culture and design. Here on Mi.mag we’ve previously covered Milan’s great tailoring houses whose work has had huge influences on the global fashion industry. Thanks to the artisans of modern Milan, as well as the many cultural products inspired by ancient Rome, the Mediolanum in some ways still influences much of the western world.