The Castello Sforzesco (Sforza Castle), probably the most famous landmark in Milan, was designed by Galeazzo II Visconti in 14th Century during the Renaissance period and  it was built as a defensive castle.
The Viscontis ruled Milan and their seat was Castello Sforzesco from the 1300s to 1447, when the last Visconti was ousted.

There are four imposing towers at each corner: two round towers at the main facade facing the city and two square towers at the other end. Particularly impressive is the tower with the entrance Torre del Filarete, named after the Florentine architect and sculptor Antonio Averlino (called Filarete). The shield of the castle has on one side the red Milanese cross on a white background, and on the other a serpent or dragon devouring a Moor. Interestingly, much of the castle’s architecture is Moorish: the arch windows, the detail in the tiling, even the deep red and light sand colouring. The castle’s has seen a great number of changes—especially after the severe damage it sustained during World War II—but its regal. From dark imposing stone on the outside, to some replica Moorish sandstone on the inside, it is a stunning yet tranquil place to visit. 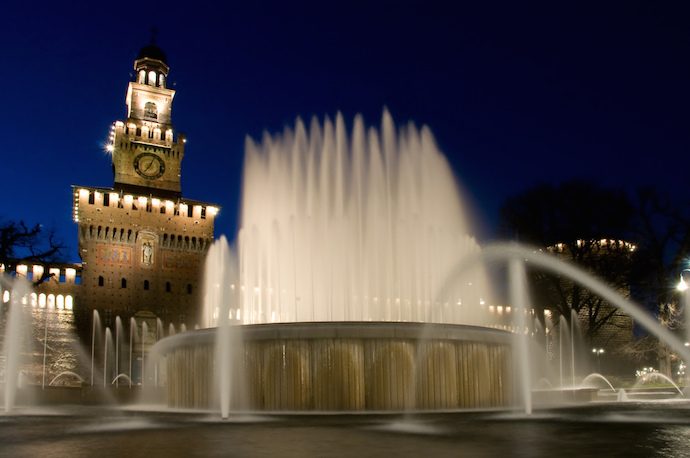 The Castello houses a handful of excellent museums and galleries, the Musei del Castello Sforzesco, with a collection of sculpture which consists mainly of medieval and modern works together with some Early Christian material and graves.

The Museo di arte antica, at the ground floor, is dedicated to the history of Milan depicted through artworks ranging from the early Christianity to the 16th century, including the “Rondanini Pietà”, Michelangelo’s last masterpiece, brought here in 1953 from the Palazzo Rondanini in Rome.
From May 2, the Pietà will be relocated to the brand new Museo della Pietà, just completed inside the restored rooms of the former Ospedale Spagnolo (Spanish Hospital) also part of the Castle. 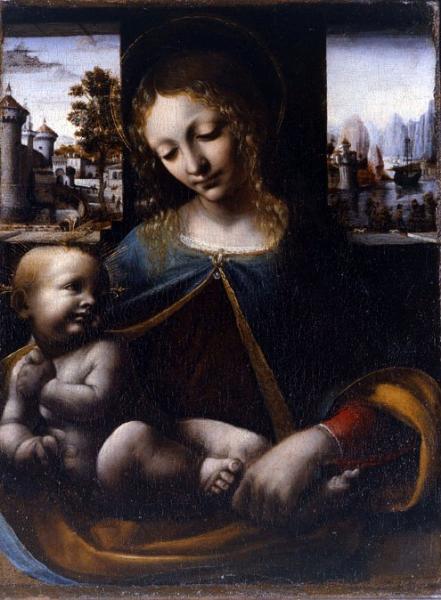 The Pinacoteca, on the 1st floor,  exhibits 230 paintings, including the Andrea Mantegna’s Trivulzio Madonna as well as pictures by other old masters (Bellini, Tintoretto, Correggio, Lotto, Bergognone and Antonello da Messina). There also a prehistoric and Egyptian archeology and a collection on musical history and an armory (Museum of Musical Instruments) with over than 900 instruments, 500 on display, ranging from the 16th to the 20th century.

Leonardo da Vinci worked from 1482 – 1499 and from 1506 -1513 at Milan’s Castello Sforzesco under the Duke Ludovico Maria, nicknamed Ludovico il Moro and took care of the cultural life and the arts in the mansion. During this time, Leonardo also worked on the development and expansion of the system of canals – Navigli – and the construction of locks as well as the study of man. 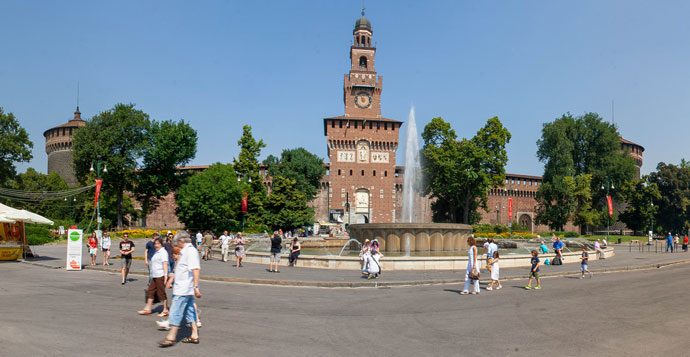 Next to Sforzesco Castle is Parco Sempione, a large expanse of beautiful greenery, spanning over 47 hectares. Dotted with firs, elms, birches and more, you can find all sorts of things to do – watch the ducks happily sailing about on the ponds, join in a game of basketball on the courts, read a book quietly on one of the many benches, see the improvised musical and street theatre performances throughout the park or visit the library.

Parco Sempione was built in 1893 and despite a large part of the areas being built in homage to Napoleon, such as the Arena Civica and the Arco della Pace. It hosts the Triennale Gallery on its fringe, and a small but well-stocked library in its centre, Biblioteca Parco Sempione. The building which houses it was built for the 1954 Triennal, and is designed to enhance the light falling into the structure, with its many glass windows.

It is easy and free to join the library, just a form of ID is needed, a contact number and address. It has a wide range of books available, and a small but very good selection of English-language novels.

Outside the library is a poignant tribute to Lea Garofalo, a woman murdered by the ‘Ndrangheta – a sapling was planted in her memory and is a lovely statement about Italy’s recent past, looking forwards to a positive future.

Castello Sforzesco and Parco Sempione should be on anyone’s ‘Must-Do’ list of Milanese sights.

The castle is steeped in history and conveys a great sense of awe and stature to its visitors, the park is beautiful and peaceful, and definitely has something for everyone.
As both sites are free, they even recommend themselves! 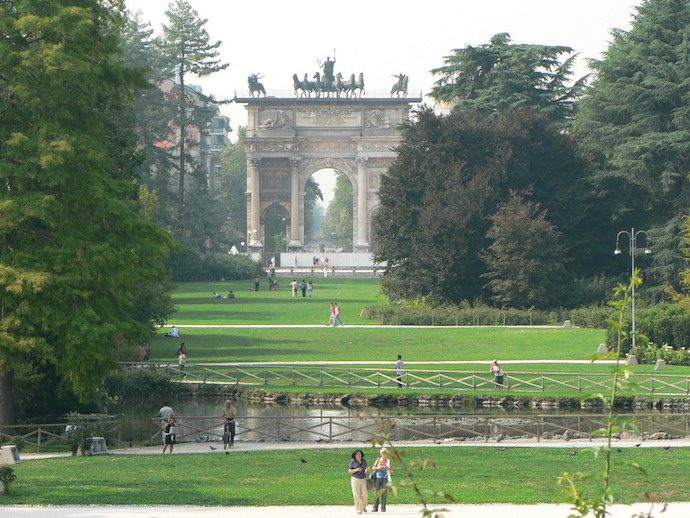 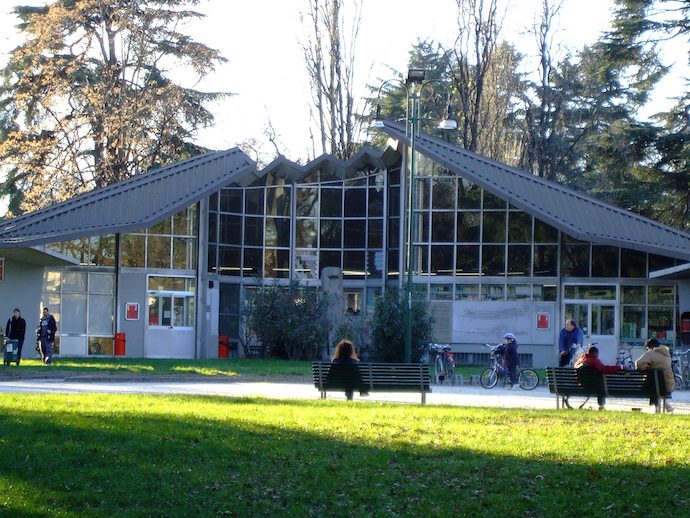