The world of Alphonse Mucha is ruled by femmes fatales, decorative motifs, mysticism and allegory. The 150 works exhibited at Palazzo Reale until March 2016 grant access to this Czech artist, considered by many the father of modern advertising graphic. 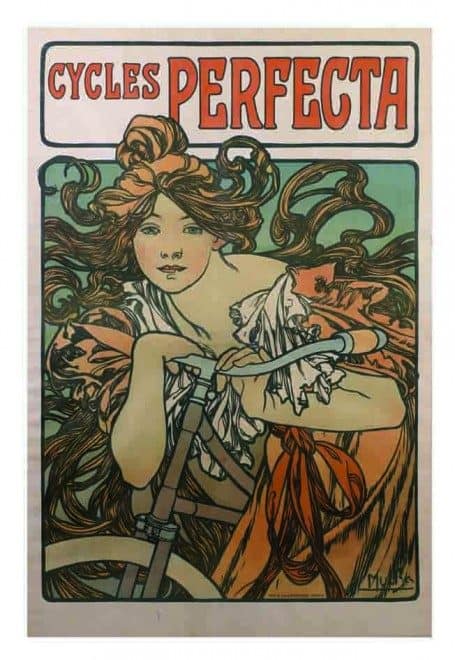 You might have seen Mucha’s works before, but are probably unaware of it. His beautiful and elegant muses are often portrayed on Art Nouveau calendars, biscuit or chocolate boxes and an array of other household products. Mucha was an extremely modern artist, and the first to introduce art into advertising. The exhibition opens with an overview of his early works, including the majestic poster for Queen Victoria’s 60th Jubilee (Hommage Respectueux de Nestlé), where a blonde woman representing Great Britain hovers over three portraits of Victoria, depicted in different stages of her reign. In the same room you will meet one of Mucha’s most important muses, French actress Sarah Bernhardt, whose myth he widely contributed building, thanks to the posters he drew for her performances. Bernhardt is depicted in her role for Dame aux Camelias, for her farewell tour in the United States: you will meet her again in the section of the exhibition dedicated to her, which hosts another very similar poster to this one (Mucha used to “recycle” some of his themes for different occasions, adding or removing details). 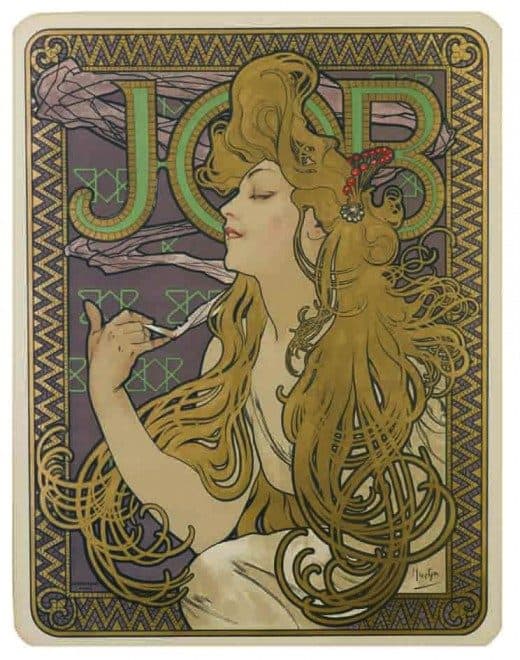 Mucha’s name is a synonym for Art Nouveau, a highly creative style that drew inspiration from nature to develop dreamy decorative motifs and images. Central to this artistic movement is the female figure, whose beauty is seen as the ultimate work of art. The female body is featured in many of the artifacts (such as furniture, lamps and vases) that accompany Mucha’s works. A peacock-themed chair, a flowery glass door, vases with botanical designs, dishes inspired by Japanese art and many other objects explain the role of beauty in every day life, and its importance for artists and lovers of Art Nouveau in the 19th century. Besides the wonderful posters for Sarah Bernhardt (Hamlet, La Samaritaine, Gismonda) a whole room is dedicated to Mucha’s works for advertising products (such as chocolate, perfumes, champagne, biscuits, beer, and soap), showing how close he was to the world he lived in, refusing to be an elitist figure. Art and beauty were really for everybody to enjoy, as he demonstrated with the publishing of his Documents Décoratifs in 1901, a collection of tables featuring every object, decoration or texture he had ever used in his works. This sort of visual encyclopedia was used for many years as textbooks in art academies, and is the greatest heritage of Mucha, allowing thousands of people to learn from this master of reverie and arabesque. These tables are the best way to penetrate Mucha’s genius, as they bring us closer to his method and visions.

Before leaving stop by and admire the highly allegorical panels of The Seasons, The Hours and The Stars, where all these ethereal beings are embodied by young and sensual beauties, in a triumph of symbolic meaning, flowers and fluctuating robes accompanying you back to reality, as you leave Palazzo Reale. 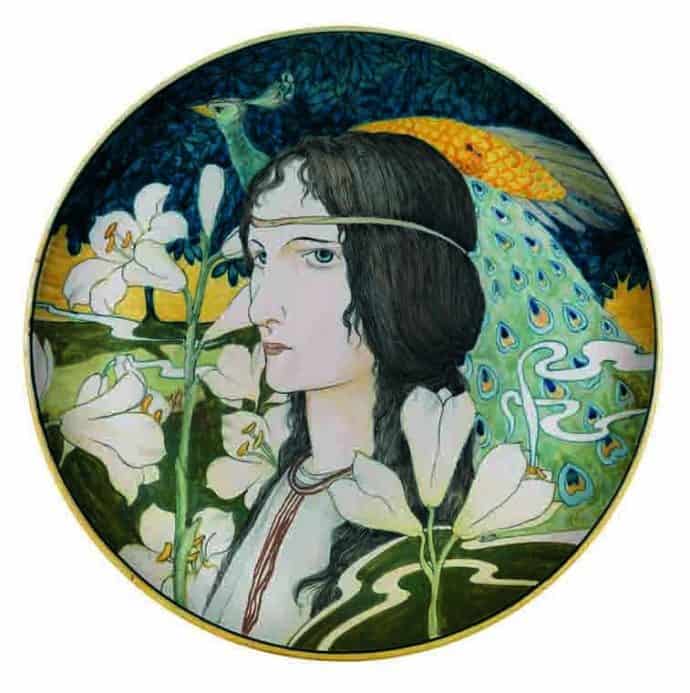 Claudia comes from Milan and moved to beautiful Rome 3 years ago to live immersed in "The Great Beauty". She studied Journalism and New Media, lived in The Netherlands and Germany, and loves discovering hidden gems and secret corners in every city she visits.