Palazzo Reale, along with the other governmental buildings surrounding Piazza Duomo, were the center piece of the city for centuries. The bombings of 1943 destroyed most of the other buildings around the city’s main square and the Royal Palace itself was partly damaged.  Besides the Palazzo Reale complex, the Palazzo della Ragione in Piazza dei Mercanti of the original layout is still standing. It was built in 1225 to substitute the preceding focal point of the city where Palazzo Reale is now. This medieval landmark continued to be at the center of judicial and economic life of Milan for a very long time. Their current exhibition on Italian photography “Italia Inside Out” is worth checking out. 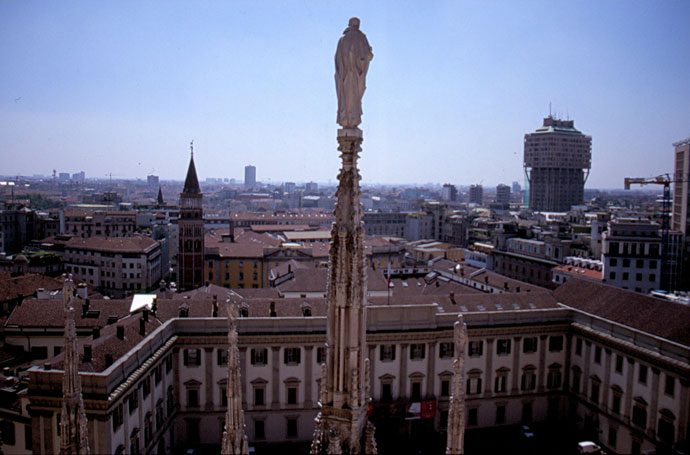 The history of Palazzo Reale covers 900 years of life in Milan. The remaining parts of the original building will take you on a journey through four periods of Italy: the Teresian and Neoclassical era, the Napoleonic period, the Restoration and finally the Savoy era after the unification of Italy.  Where royals held the seat of the government since the Middle Ages has now become a kingdom of art.  In 1920 the Palace became the city’s property but it took over twenty years to restore it back to its former splendor. After suffering the second world war, it finally opened to the public again. Today it presents itself with significant national and international temporary art exhibitions from Warhol to Picasso, in collaboration with renowned museums and cultural institutions. Within its 7,000 square meters of museum space you can still find the magnificent furnishings and art pieces that the royals collected over the centuries. It is composed of an the apartment reserved for principles, the hall of eight columns, the hall of cariatidi, the lantern room and the three tapestry rooms. 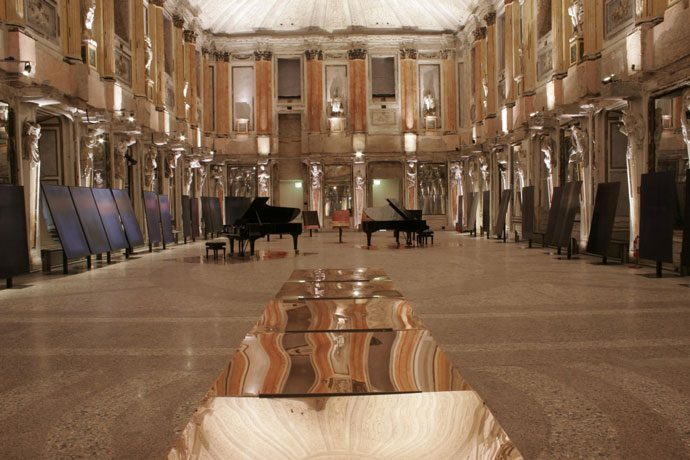 ITALIA INSIDE OUT @ Palazzo della Ragione (Till 27 September) 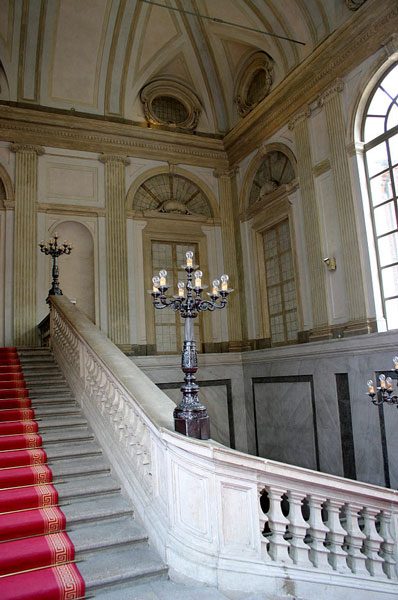 Tickets: varies from exhibition to another