Five most famous and appreciated dishes from Milan, and suggestions were to go for the full Milanese food experience.

What unites Italy as a whole is also the exact same thing that can cause heated debates and divide it. We’re talking about food. Although every Italian is brought up knowing everything about when different crops are in season, how to cook the most scrumptious tomato sauce and how to make the most luscious lasagna, the culinary traditions and tastes greatly differ from region to region. A Sicilian would probably never go to Florence for fish, and someone from Bologna would almost certainly claim that he makes the world’s best ragù. So even though outside of Italy the general perception is that Italian food mainly consists of pasta and pizza, there is much more variety if you dig deep into the regional classics. This time we’re exploring the five most famous and appreciated dishes from Milan, as well as giving you some suggestions were to go for the full Milanese experience. 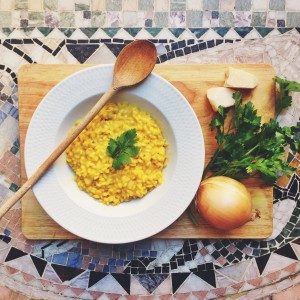 At the beginning of the 18th century, a Milanese by the name of Mastro Valerio di Fiandra worked on the glass windows of the Duomo with an assistant nickamed Zafferano, meaning saffron. Zafferano received this nickname because he would mix a pinch of saffron in his paints to make them a bit more intense and vivid. One day, Fiandra told him that if he continued, he would also ultimately start adding saffron to food, which was unheard of and considered crazy at the time. So the story goes  when Fiandra’s daughter got married in September 1754,  Zafferano asked the chef to add some saffron to the risotto he was cooking for the wedding reception. And so the risotto Milanese was born-at least according to the legend… 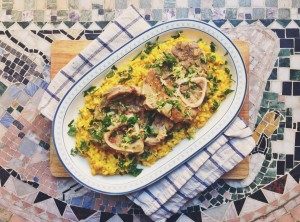 Although Risotto alla milanese is a dish that is perfectly enjoyable on its own, some true food connoisseurs might feet it needs to be served with ossobuco in order to be truly complete. Ossobuco literally means hole (buco) in a bone (osso) and that is exactly what it is; the hole is a reference to the marrow in the center of the cross-cut veal shank. The dish was probably invented in an osteria in the late 19th century and the original recipe did not include tomatoes although nowadays it is a side commonly added by Milanese chefs. The veal is cooked in a broth for a long time- basically until the meat becomes so tender that it falls right of the bone and the marrow is so soft you can scoop it out with a small spoon. 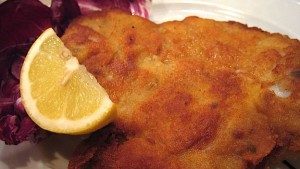 For food enthusiasts, saying the Cotoletta Milanese is the same thing as Winerschnitzel is like saying an apple is a pear. It’s wrong. Even though at first glance their appearance might appear similar, there are several important distinctions to be made between the two. The main one being that the Cotoletta is both egged and breaded before fried in clarified butter whereas the Austrian Winerschnitzel  is only covered in flour before cooked. The Cotoletta Milanese is one of the most renowned dishes from northern Italy and a must-try for everyone passing by Milan. 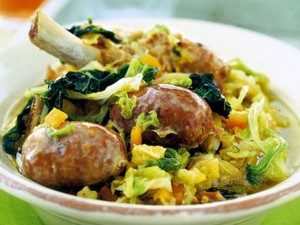 The Cassoeula is for those who are unafraid of eating knuckles, and find the thought of eating feet, rind and scull enticing. These less noble parts of the pig are the main ingredients in this piatto povero or poor man’s dish. The dish is prepared for the Festa di Sant’Antonio Abate when, according to tradition, the farmers who had finished butchering the pigs wanted to make use of the spare parts. When combined with cabbage, and cooked for a long time on the stove, these pig parts create a satisfying dish full of flavor. 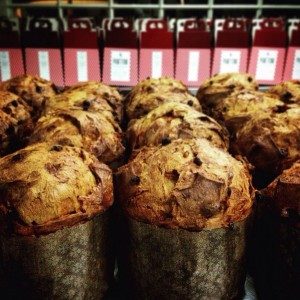 If you have ever stepped into a supermercato in Italy during Christmas time you have probably also seen  mountains of panettone filling up half of the store. This is by far the favorite dessert amongst Italians during this jovial time of year and it  is characterized by its unique particular cupola form

The origins of panettone are connected to different legends; one of which dates back to the 15th century. According to legend, after the Duke of Milan’s chef burned the dessert meant for  Christmas dinner his assistant, Toni, baked a cake with the few remaining ingredients in the pantry. The duke enjoyed the cake so much that he wanted to know the name of the delicacy, upon which the chef exclaimed è il pane di Toni (it’s Toni’s bread) which later naturally became pane-t-tone.

Even though all supermarkets sell panettone during Christmas time it’s highly recommended to go to a real pasticceria for a higher quality product.